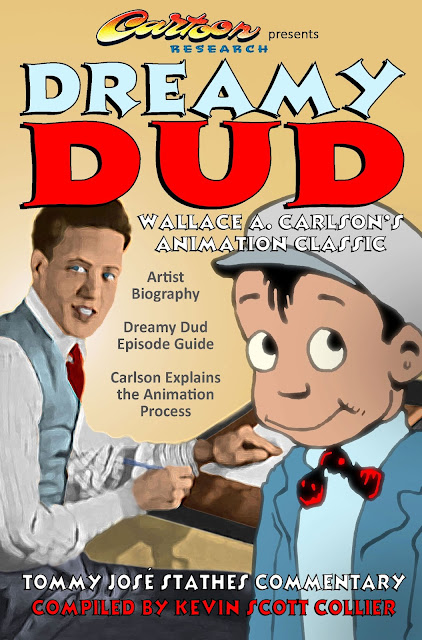 A GREAT LITTLE BOOK FOR ANY ANIMATION FAN!

Read the Caroon Research Introduction of "Dreamy Dud"
as part of their new series of animation history books. 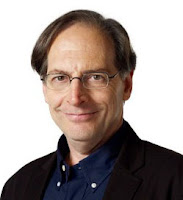 Animation Research
founded by Jerry Beck
Mr. Beck is a writer, animation producer, college professor and author of more than 15 books on animation history. He is a former studio exec with Nickelodeon Movies and Disney, and has written for The Hollywood Reporter and Variety. He has curated cartoons for DVD and blu-ray compilations and has lent his expertise to dozens of bonus documentaries and audio commentaries on such. Beck is on the faculty of both Woodbury University in Burbank and Cal Arts in Valencia.


WALLACE A. CARLSON
A Pioneer in American Animation
He was one of our nation's first animated cartoonists. Read about Wallace A. Carlson and his cartoon series "Dreamy Dud" which ran in the silent film era from 1915-1920. The book includes a biography of Wallace A. Carlson, a Dream Dud episode guide, Mr. Carlson himself explaining how animated films were created over a century ago (via a 1915 magazine reprinted column) along with many photographs and screenshots from Carlson's animation films. Also included is a commentary on this pioneering animator from animation and cartoon historians.

Author Kevin Scott Collier writes an animation book series for Jerry Beck's Cartoon Research organization and is an animation history columnist for Animation World Network. Kevin also is the author of many other titles featuring classic films, history, and personalities. See all of the other Cartoon Research books here. Follow the author on Facebook here! Visit the Author's Homepage here!


Posted by Kevin Collier at 4:33 PM No comments: